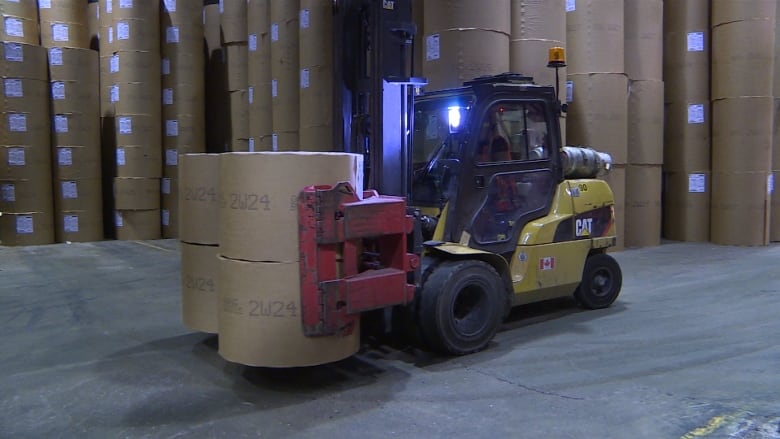 Corner Brook Pulp and Paper is in a more competitive situation after punitive tariffs imposed by the U.S. Department of Commerce were reduced Thursday. (Colleen Connors/CBC)

The U.S. Department of Commerce has eased up on planned tariffs on Canadian newsprint, reducing the total duties on Corner Brook Pulp and Paper from about 32 per cent to just under 10 per cent.

In January, the mill was hit with an export duty of 9.93 per cent on groundwood paper, followed two months later by a 22 per cent anti-dumping duty, the amounts the department said were necessary to combat what it said was Canadian exporters illegally underpricing paper to undercut U.S. producers.

On Thursday, though, the Department of Commerce revised the numbers downward as a result of its investigations into imports of uncoated groundwood paper from Canada.

The anti-dumping duty was revised to zero per cent for all but one Canada producer, and Kruger’s export duty was lowered slightly, from 9.93 to 9.53 per cent.